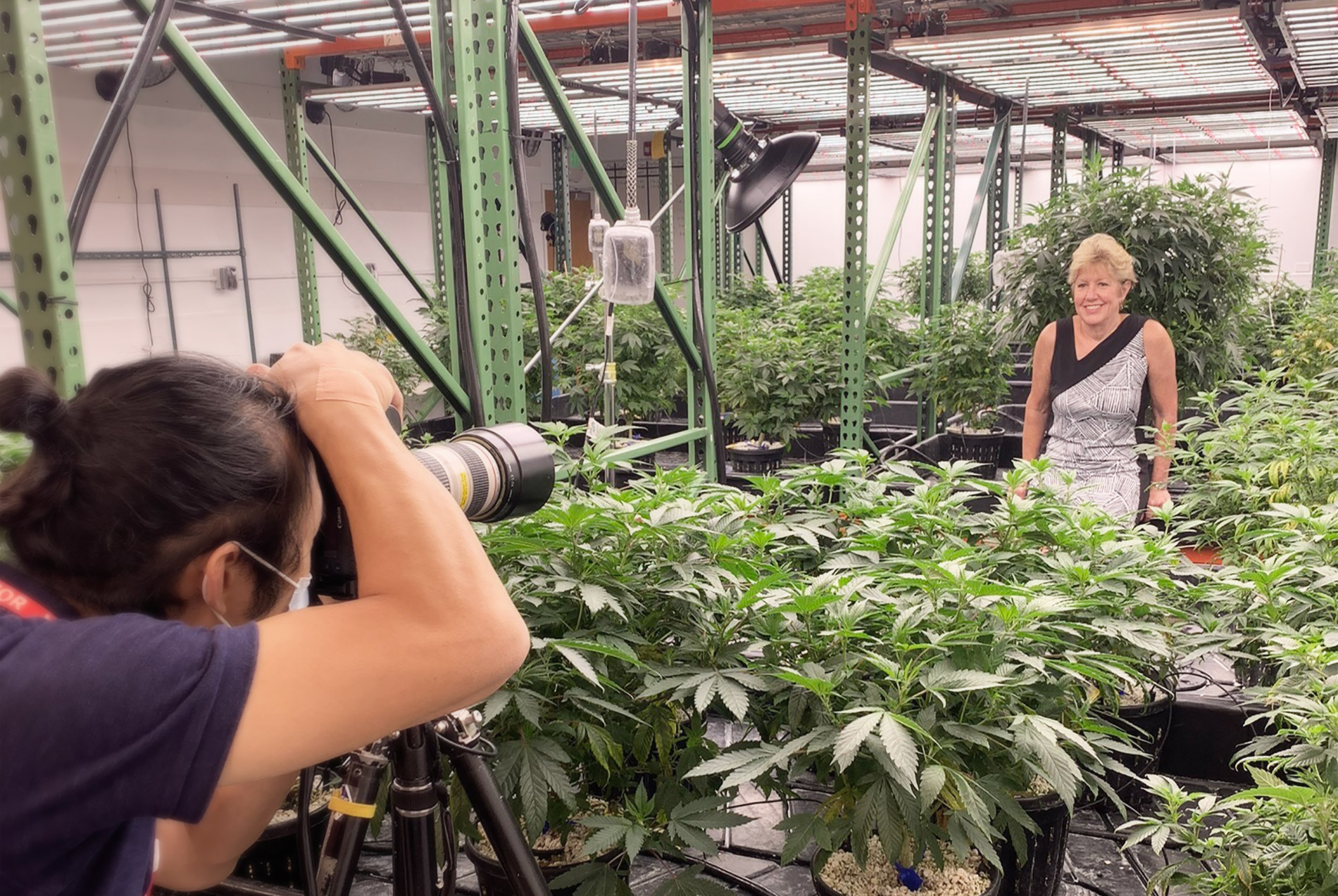 It was the cannabis that caught the cabbie’s attention. A couple of years ago, Mitch Myers was in the back of a cab, on her cell phone when she noticed a young driver eavesdropping. Meyers, who worked in marketing for Anheuser Busch and created Spuds Mackenzie, is now CEO of belief medical, the first medical marijuana company to begin operations in Missouri. There in the cab, she ended her call and started fielding questions from the driver. “When I started explaining to him all the legal issues, the financial issues, the ‘You can’t do this,’ ‘You can’t do that,’ I just watched his shoulder slump,” she remembers. “He said, ‘Oh you mean only rich white guys can participate in this.’ I felt horrible.” Meyers believes that the votes of 1.6 million Missourians who approved the 2018 ballot initiative to legalize medical marijuana are indicative of the support BeLeaf will receive from St. Louisans. Now companies —hers included— must address racial equity.

ON HOW SHE PLANS TO ADDRESS HISTORICAL RACIAL DISPARITY AND MARIJUANA ARRESTS:
Illinois and California have put into place social equity licenses. If someone had a drug conviction five years ago, they would be permitted to apply for a license, and, in fact, their application will be prioritized. Missouri was not willing to go there with social equity licenses, but I’m going to suggest that that’s the future. Now, we have made it a priority to try to recruit people, but it’s hard. If you had a felony conviction within the last seven years, the law just doesn’t permit you to work in the industry.

ON HOW THE DISPENSARIE’S WILL OPERATE IN THE MIDST OF A PANDEMIC:
Because the state has a tracking system, every time there’s a purchase, we have to see an ID and medical marijuana card. If you get a card, you are only permitted to purchase 4 ounces a month. With COVID-19, we’ll have more people who want delivery and will have people who want to preorder online. People can come to the curb—it’ll be like a carhop service.

ONE POSSIBLE ADVANTAGE OF BEING A WOMAN IN THE CANNABIS INDUSTRY:
I think people listen to me more than they would a man. They think, she’s a mom, she’s a wife, she has taken care of people, versus a man who they think maybe is in the business to make money. We started an organization called MIZ BIZ to bring women into the space, not only to give them jobs, but also to help them understand how to be an owner. We’d like to create a fund to help black women get into ownership positions. I got a call from a woman in Philadelphia who applied for three dispensary licenses. A bunch of attorneys asked her in a friend to be listed on a license application, he is women are considered minorities Ann you get points for having minorities on your application. They sat with these men for a couple of meetings and basically said, “Screw that, we’re going to do this on our own.”

SUBSCRIBE
for exclusive invites, new product launches, and the latest SWADE updates—delivered to your inbox.
Menu